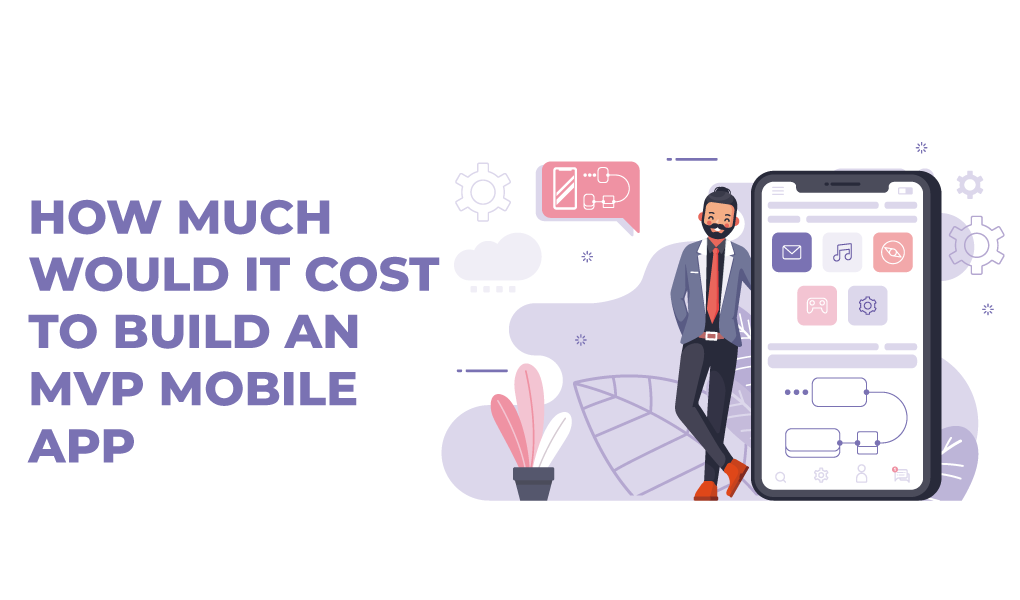 How much would it cost to build an MVP mobile app?

Now it is time to understand MVP and its significance for your app, To put it simply, MVP is a Minimum Viable Product that is often defined as a set of vital & minimum features that enables the development team to check product viability and determine the validity of your idea via app usability & customer feedback. So, you won’t put your money at risk, and you’ll play safe.

Now, this mind needs to invest some additional bucks, but stay assured of steering clear of the stressful situation at the time of app launch.

What is the need to build an MVP?

While building a mobile app, you must understand that the whole idea of MVP is divided into two main parts.

The first part refers to business and marketing; because of the MVP, you are now able to launch a survey to find those best marketing approaches and the advertising platforms that could be used for the advancement of your product.

The second part refers to the technical aspect. Through an MVP, you will be able to execute important programming and designing features, which, in turn, will help you make your app unique.

How does a Minimum Viable Product (MVP) work?

Put your app idea to testing: You have an app idea in mind, but will people like the idea? Will people like an app that allows them provides abundant emojis and can be easily synced with their messaging apps? Is it is a good idea to introduce an app that features augmented reality in an online shopping app? You need to put all of these ideas to test and check the hypothesis.

Deciding on the functionalities: As you decide on creating an app, you want to integrate with as many features. But the good idea would rather be to write down all of the features that you really think will benefit your app. Next, rate these features and list them by their significance crucial to attain the set objectives. Ultimately, settle with the ones which seem to hold the most value for your app.

Create an MVP: To build an MVP, it is time that you hire a brilliant development team of good developers, designers, and QA testers. Now building an MVP can take up to two to four months with a good set of developers.

App launch & release: The day has come when your app is set to be there in the app stores. It is time to advertise it well so it reaches your target audience and checks the reaction of users towards your idea.

Put your assumptions to test: Once the app has been released, it is now time to comprehend the user feedback coming from all the quarters. Try to recognize to key strengths & bottlenecks of the introduced product. Next, it is time to process the data gathered and then turn that into a new list of hypotheses & product functionalities.

It is an amazing idea and its many advantages comprise of:

How to pick Features for your MVP mobile app?

For a mobile app MVP, it is essential to get most sources to receive user feedback, after all, that is the whole purpose of the app, to get user’s feedback and work according to that in the future iterations. By getting an insight from the user feedback, your product team would be able to make research-based decisions for each of the development stages and also decide on which features to prioritize for the next iteration.

After all, wants & needs are two different things, hence it is vital to give enough consideration to each feature and prioritize accordingly. Just bombarding the app by implementing a lot many user-requested functionalities, can be harmful to user experience and it takes away the very purpose of the MVP product. So decide well and choose well.

There would be certain features that won’t hold many features until you have reached a considerable user-base for the product.

How much would it cost to build an MVP mobile app ? 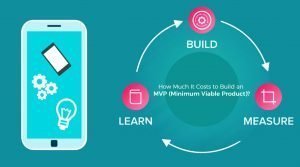 Preparation plays a crucial role in deciding the cost of design. If you want to save time and money, it’s good to plan before you set up a meeting with the company that you’ve hired for the design and development process. Once the preparation is done, you begin making the wireframe and mockups to ensure that things are on track.

The wireframe is a kind of skeleton for your app/website. It can be drawn rough, or even on a paper layout of navigation, screens, and elements in your app. It also outlines the features and the complete idea of your app or site. Tools such as Bootstrap can be used to create a wireframe. With available templates, you’ll be able to build a rough layout within hours, and for free.

On average, a wireframe may take 10–30 hours to develop. It may cost you nothing if you do it on your own. However, if you ask any software company, $500 and above would be the estimated cost, depending on the website or app engagement.

A mockup is an important aspect to design and present projects based on ideas to the clients for a better understanding. If presented well, a good mockup can help you succeed.

“In manufacturing and design, a mockup, or mock-up, is a scale or full-size model of a design or device, used for teaching, demonstration, design evaluation, promotion, and other purposes.”

It is expected that a mockup estimation of a landing page costs approximately $500. Every extra screen will cost an additional $50–$70. Based on these prices, you can calculate an estimate for your own. This is how software companies usually charge for their services.

However, if you are familiar with tools like Adobe Photoshop and Adobe Experience Manager Design, building a simple mockup will be easy. These well-known tools are very helpful and can help you save your money since Photoshop will cost you $10-$20, while Experience Design is totally free.

4- Interaction within the page

It’s not just about creating simple mockups, there is another way to improve interaction within the page. The interactive mockup is a good chance for you to enhance customer engagement. Customers or investors would prefer an interactive solution to a static image.

Tools such as Framer and inVision, are your best supporters to build an MVP platform. Interactive mockups cost a little more as compared to the standard mockup. All you need is your regular mockups and a subscription to one of these prototyping tools. Alternatively, you can outsource this work to the designer you’ve hired, and they will charge $100-$500. It could, however, boost your profits significantly by exploring ideas, understanding usability, improving functionality, and achieving faster time to market.

Thus, while planning a budget for the mobile app, decide on a separate estimate for MVP creation. To get to estimated cost for MVP Development, the Kite team will help you to estimate and explore any kind of your ambitious project! 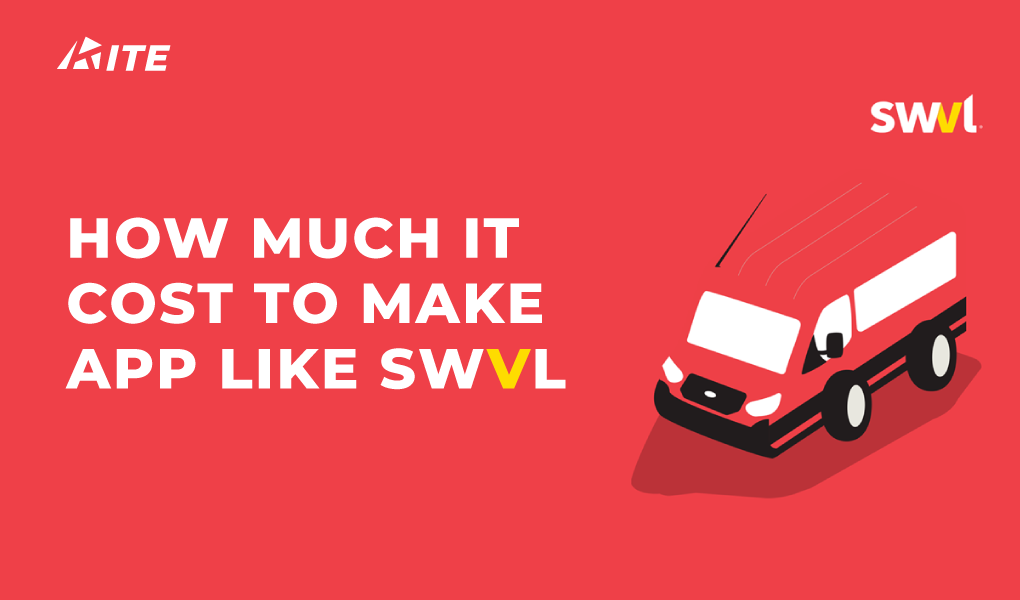 How much it cost to make app like SWVL 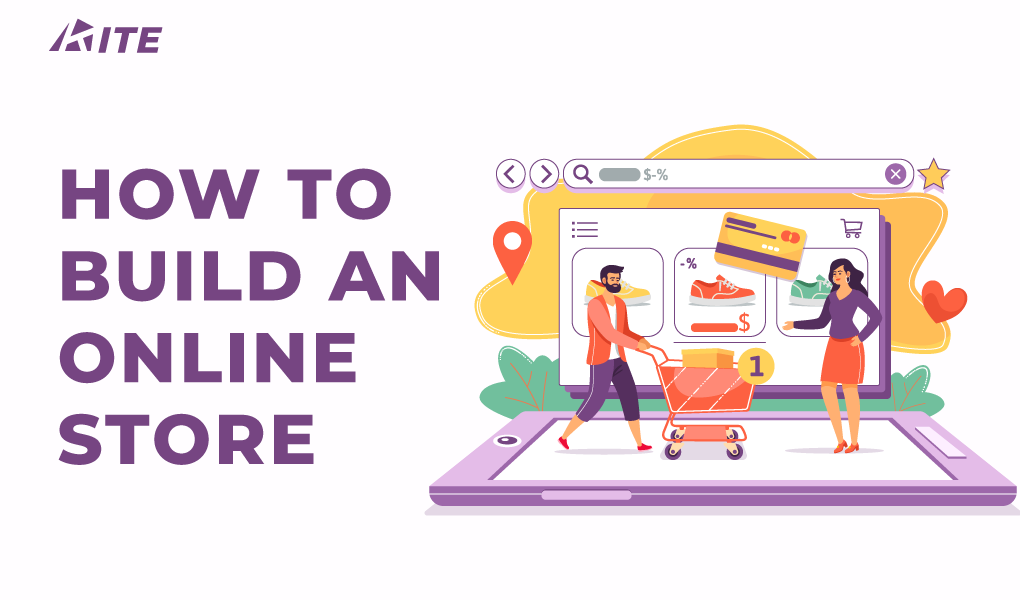 How to build an Online Store 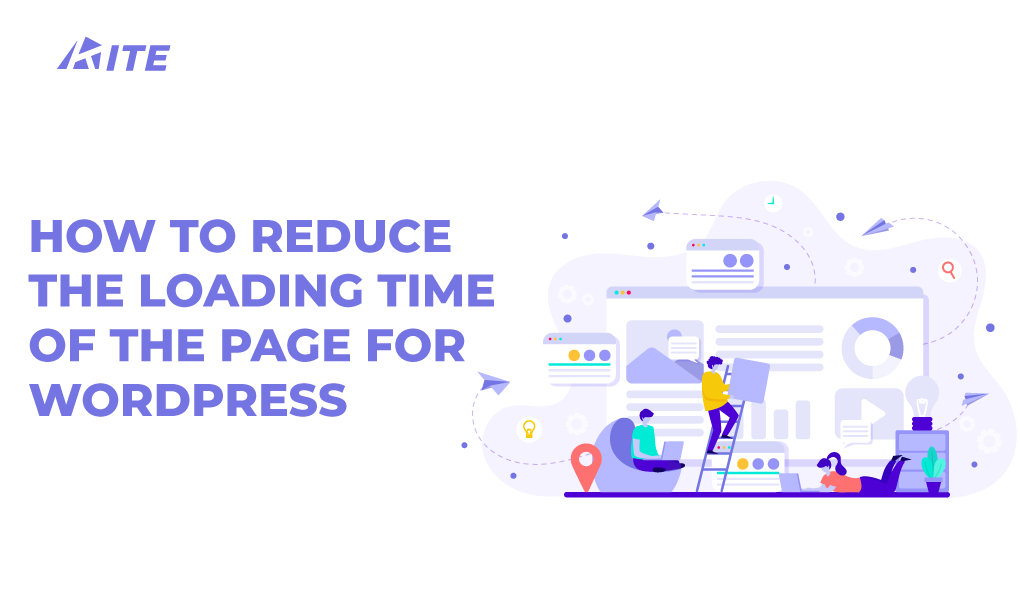 How To Reduce The Loading Time Of The page For WordPress.